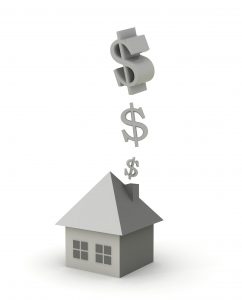 So here’s a quick quiz: imagine something has gone wrong with the cooling system in your house. What comes to mind right away? Is it…

We would guess that your answer was probably… well, probably not “5.” Unless you read the title of this post carefully. But if you didn’t already know the subject of this post, be honest: would you have picked “5”?

The basic truth is people don’t think much about the ductwork in their HVAC system, even though that’s what the letter “V” (ventilation) covers. When an air conditioner starts to lose cooling power or cost too much to run, homeowners are likely to focus on the possibility of options A through D. But poor ductwork that’s leaking air is a common problem. But it’s also one we can help you with: we offer duct testing and duct sealing in Mountainside, NJ and elsewhere in central and northern New Jersey. We even handle new duct fabrication if you’re looking to have a complete do-over for your home’s ventilation system or you’re building a new home.

When leaks start up in ducts, a number of problems can crop up.

You can’t repair leaking ducts on your own. This task requires better tools than store-bought duct tape (which doesn’t even work on ducts, but that’s a whole other story). You’ll need technicians who can first do duct testing to locate where the leaks are, and then use tools such as mastic sealant and metallic tape to seal the holes and repair breaks.

No matter what problems you’re having with your AC, let our technicians look over it. We can repair the AC or take on duct repair work you might need.